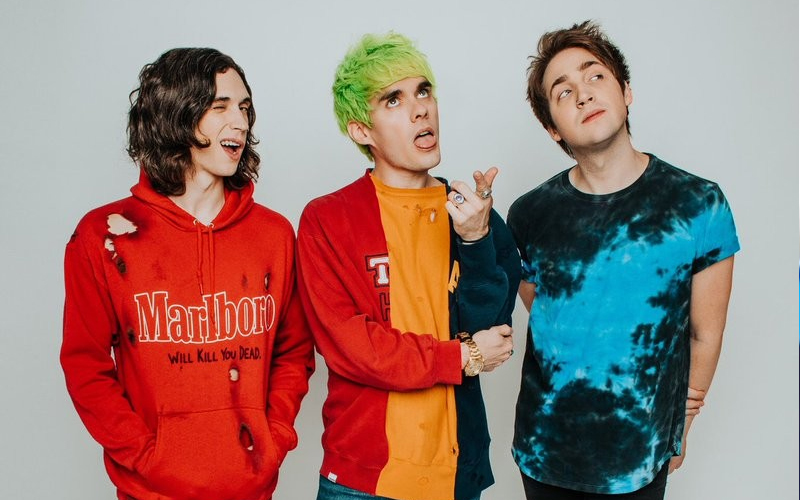 One way to create a super successful TikTok hit is to have a unique, creative, and easily-replicable Creative Concept. A Creative Concept refers to the visual idea or artistic expression that connects a song with a common theme. For example, the most well-known Creative Concept on the TikTok platform is the “Old Town Road” Creative Concept, where users begin a video in normal clothing and, upon the drop to the verse, the user instantly appears in the same setting but in cowboy/western attire.

As you continue to implement TikTok campaigns, ideating strong Creative Concepts is essential for success. Meme-able moments, dances, handshakes, story-line twists, pranks, and many more methods are used to create viral Creative Concepts. The Songfluencer team is happy to help create ideas for you and/or further develop existing ideas you have.

Earlier this month we sat down with the Head of Promotions for Hopeless Records, Josh Epple, who spearheaded the Waterparks' “I Miss Having Sex But At Least I Don’t Wanna Die Anymore” TikTok campaign. After working with an influencer who was a fan of the band and crafting a brilliant creative concept, Josh utilized Songfluencer to help continue the song’s momentum on TikTok. Here is the conversation between Josh and Songfluencer Co-Founder/CEO Johnny Cloherty:

Years in the music business: Six

Songfluencer: Josh, thanks for joining us! I'm thrilled to put this specific project under a microscope. First off, tell us a little about Waterparks and what initially inspired integrating TikTok into your release plan?

Josh: Waterparks is dope! They are next gen pop-rock band out of Houston who's singer Awsten is a perpetually viral weirdo genius. Awsten and the band have done a great job crafting a very unique social media presence that has gained a pretty sizeable cult following. Their last record FANDOM, which came out in Oct 2019, was our first record with them and we knew to get them bigger we had to introduce them to a new audience that would be attracted to what was already working on Twitter and Instagram. That audience was on TikTok.

Songfluencer: When was the song released on October 11th, what was the reception like? Any pick up from official playlists? Press outlets? Anything notable?

Josh: The song actually wasn't a single on the record, so it came out when the record was released and was performing as most album tracks do. Fans seemed to like it because of the weird name and lyrics, but there wasn't anything that was pointing to it being a hit.

Songfluencer: Did this TikTok concept occur organically or did you seed the idea with an influencer on your own? Can you help give us insight into the initial "take-off"?

Josh: The story of how we got this song to work on TikTok is actually half hard work and half luck. I went through TikTok users who had used Waterparks and similar artist's songs in the past and made a list of users who had over a certain amount of followers and good engagement. I reached out to a bunch and eventually linked up with Tyler Myles, a kid from the midwest who has a great story and is a MASSIVE fan of the band. We hopped on the phone and discussed some ideas and came up with one for Waterpark's song "Dream Boy", which was our active radio single at the time. It worked OK. We had about 4000 video creations in a month or so, but only saw a slight uptick in streaming. When the record dropped Tyler really liked "I Miss Having Sex..." and said he was gonna try something with that and it took off. The majority of the credit goes to Tyler on this one. The meme was genius. We just amplified it. The song is now at 32,000 video creations, which is a modest viral song on TikTok, but the effect it had on fan building and streaming was one of the most substantial things to happen on the album campaign.

Songfluencer: How did the song's success on TikTok impact streams and awareness on DSPs? Do you have any quantitative data you are willing to share?

Josh: "I Miss Having Sex..." taking off on TikTok while it wasn't actively being worked as a single really showed us the power of what virality on the platform could do. It was a perfect case study. The song was not standing out on the record the first couple weeks it was out and suddenly it became the #1 track on the album, growing week over week for about eight weeks until it plateaued where it hasn't really fallen from since. The song hit Spotify viral charts in over five countries including the U.S. and U.K., we were able to take the growth numbers to DSPs and get playlists adds on huge lists like A-List Pop, and were able to get airplay on Sirius XM Hits 1. Overall we estimate that the song is 8-10x bigger than it would have been and it shows no signs of slowing down.

Ideation is the key to many successful TikTok campaigns. Obviously, having a strong TikTok-friendly song is helpful, but being creative with the song and connecting visual components to it can be a massive difference-maker. Songfluencer is happy to help ideate concepts and viral moments with you and your team.